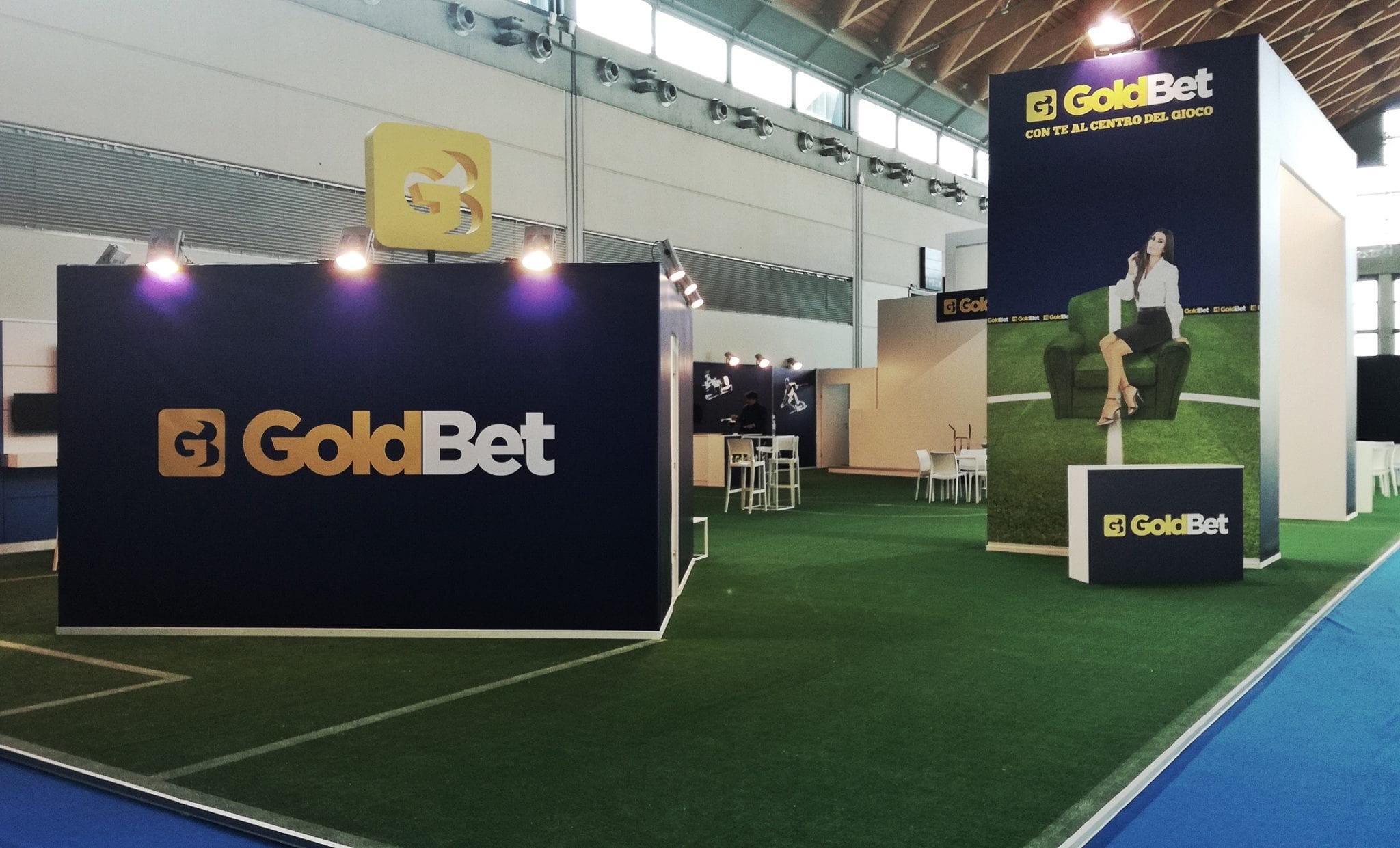 Spencer & Lewis designed the Goldbet booth for the Enada Spring 2018event in Rimini, March 14-16. Now in its 30th year, the International Amusement and Gaming Machine Exhibition is the leading trade show for all operators in Southern Europe.

The concept of the 400-square-meter booth came from Goldbet’s payoff, “The Game at the Center”: starting with the image of testimonial Elisabetta Gregoraci sitting on a throne covered with the grass of a soccer field, we covered the surface of the booth with synthetic grass. The result was a uniform booth with great visual impact.

The meeting rooms on 2 levels, abetting area identical to that of Goldbet outlets where bettors were able to follow online betting and finally a bar area of about 12 square meters, flanked by a led wall that broadcast the Goldbet commercial on repeat.

The booth then hosted a Play Station© VR, where visitors could test their dribbling skills with their heads. 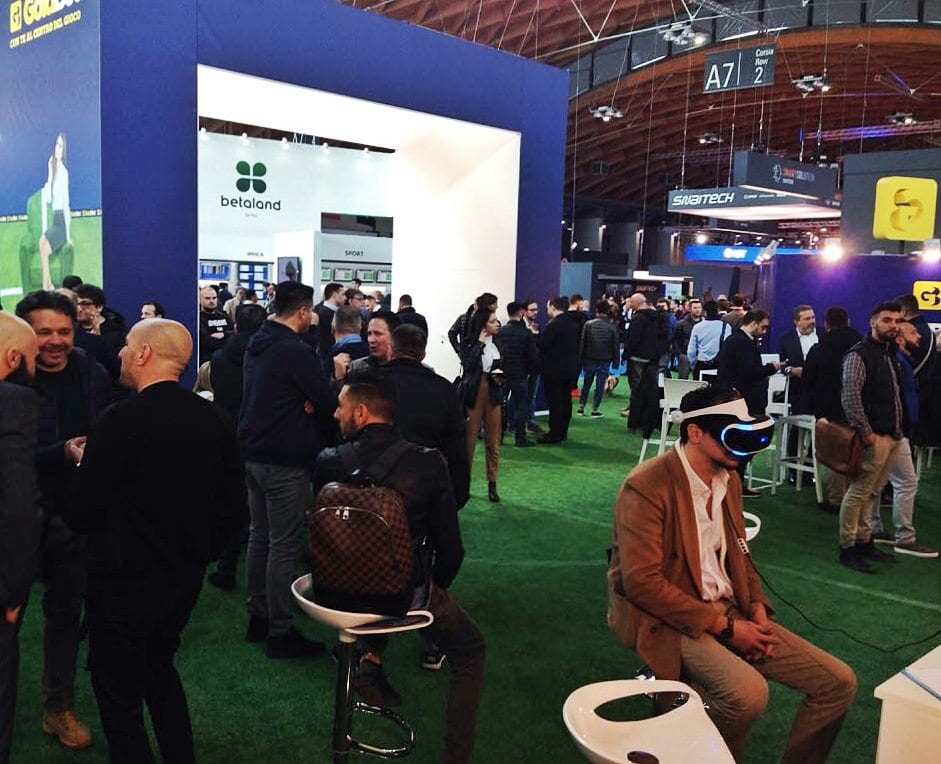 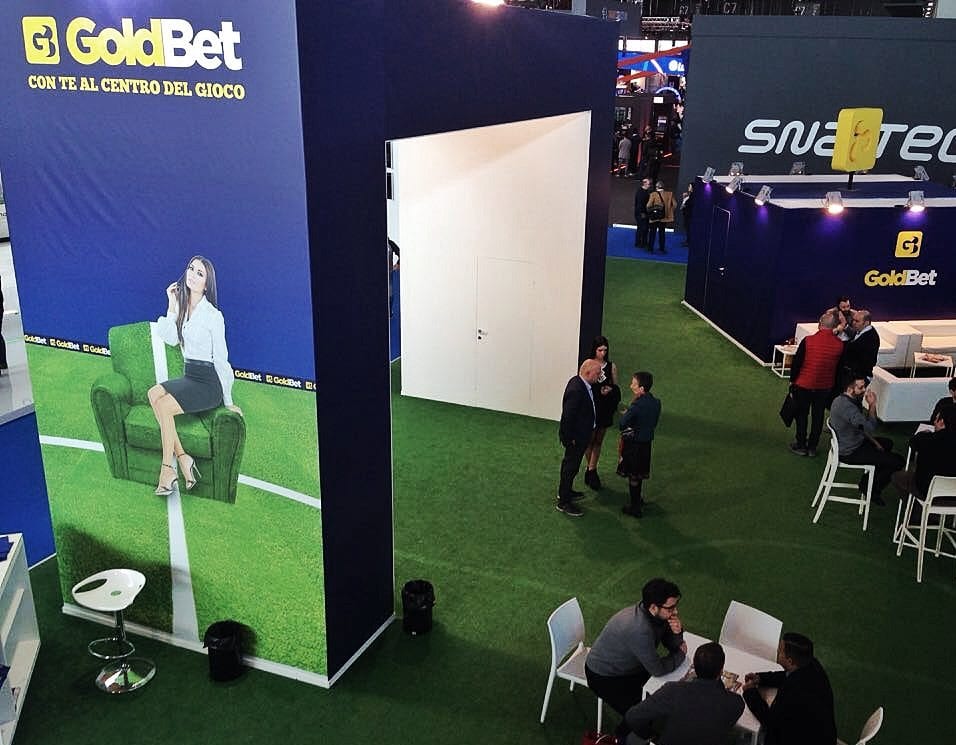 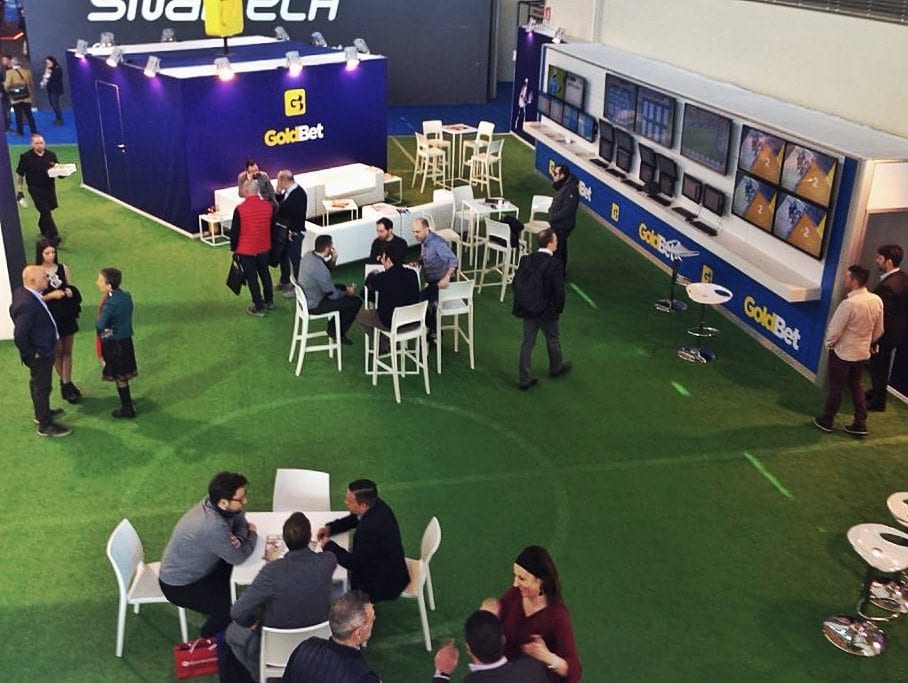 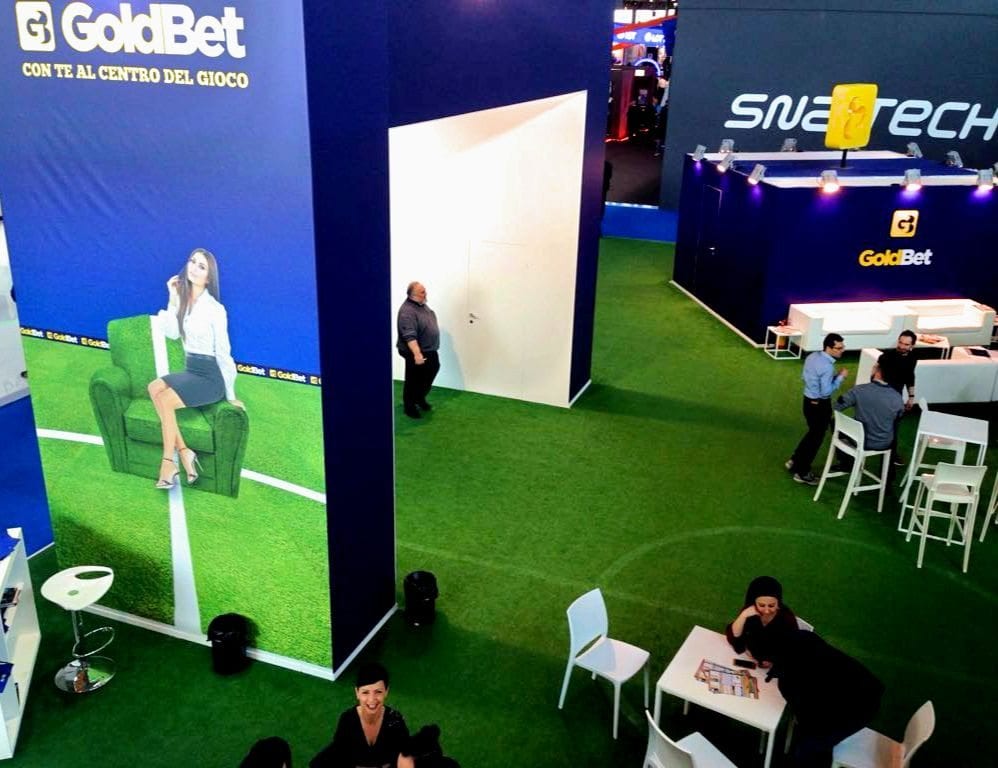