“The Journey of the Constitution” has also arrived in Cagliari, the fifth of 12 cities to host the traveling exhibition on the Constitutional Charter. The Sardinian capital was the protagonist of the project promoted by the Prime Minister ‘s Office and coordinated by the Mission Structure for Anniversaries of National Interest from January 10-30, 2018.

The Cagliari stage explored the fifth article of the Constitution – “The Republic, one and indivisible, recognizes and promotes local autonomy; implements in the services that depend on the State the widest administrative decentralization; adapts the principles and methods of its legislation to the requirements of autonomy and decentralization.” – and introduces an opportunity for dialogue on the issues of Autonomy and Decentralization.

“It is an honor for Cagliari to be able to host the Journey of the Constitution. It is a stage especially dedicated to the youngest, with various initiatives for our students – said Massimo Zedda, mayor of Cagliari. – They will be the witnesses to the great work done by the constituent mothers and fathers who, in the name of the collective good, knew how to put aside personal interests. An example, theirs, to be put back into the center at a time of great disaffection with politics.”

Each of the cities is associated with one of the first twelve articles, bearing the basic principles, and the pivotal theme inspired by it. The purpose is to promote useful opportunities for discussion to guide students and citizens in understanding the historical and cultural value of the Constitutional Charter.

The traveling exhibition on the Constitution, with free admission, is enhanced by graphic and multimedia insights: historical footage, famous phrases of key figures, and audio commentaries on the 12 fundamental articles entrusted to the words of Roberto Benigni. At the end of the tour, visitors will be able to renew their adherence to the Constitutional Charter with a symbolic act: the affixing of a “virtual” signature next to that of the Constituent Fathers. The exhibition was open from Jan. 10 to Jan. 30, 2018 (9:00 a.m. to 7:00 p.m., daily, all day) at the Ex Manifattura Tabacchi, 33 Regina Margherita Avenue.

The theme “Autonomy and Decentralization,” associated with this fifth stage, is explored in depth on Dec. 18, 5 p.m., also at the former Manifattura Tabacchi, as part of the Cagliari meeting of the “Dialogues on the Constitution”: a series of lectures, curated by Editori Laterza, structured in the form of a debate between a jurist and a researcher of another subject, and coordinated by a journalist.

In the year of the celebration of the 70th Anniversary of the Italian Constitution, this project traced a symbolic path between the birth of the Republic and our days, creating a representative space open to citizenship. 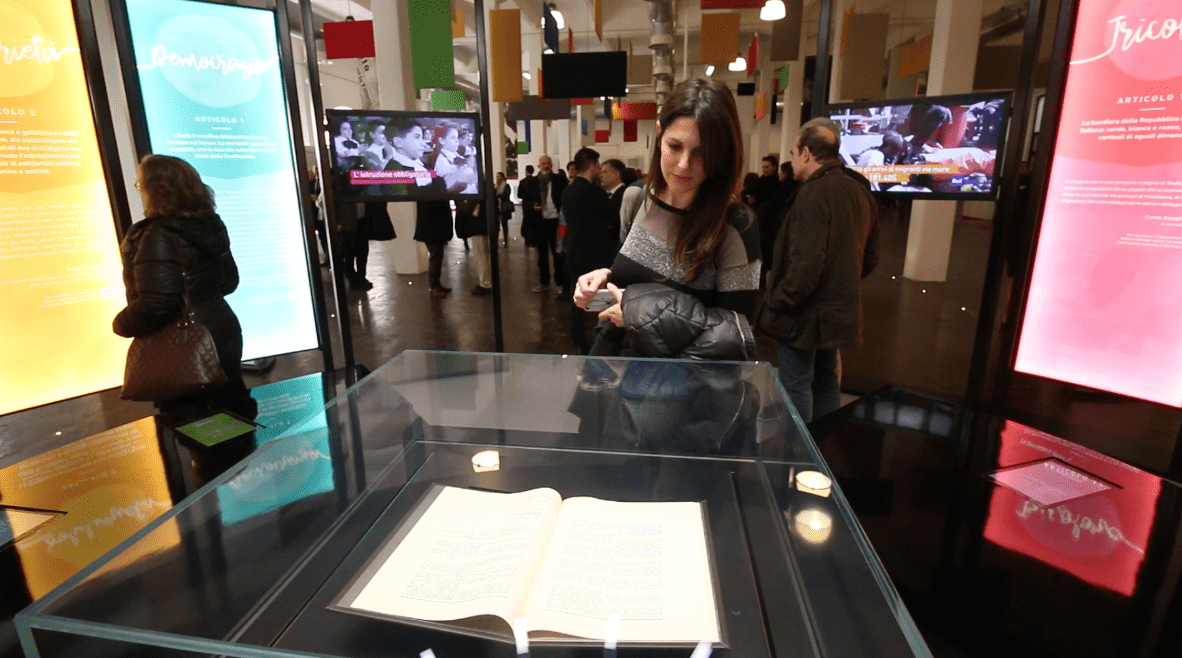 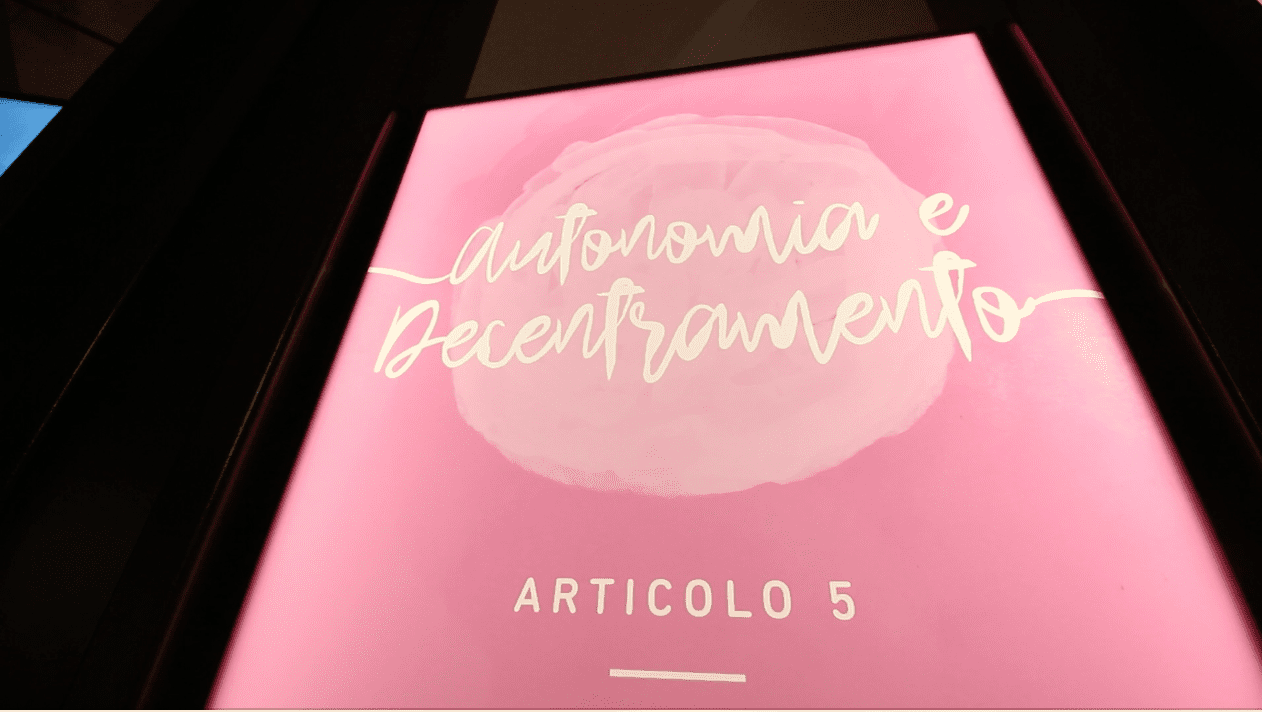 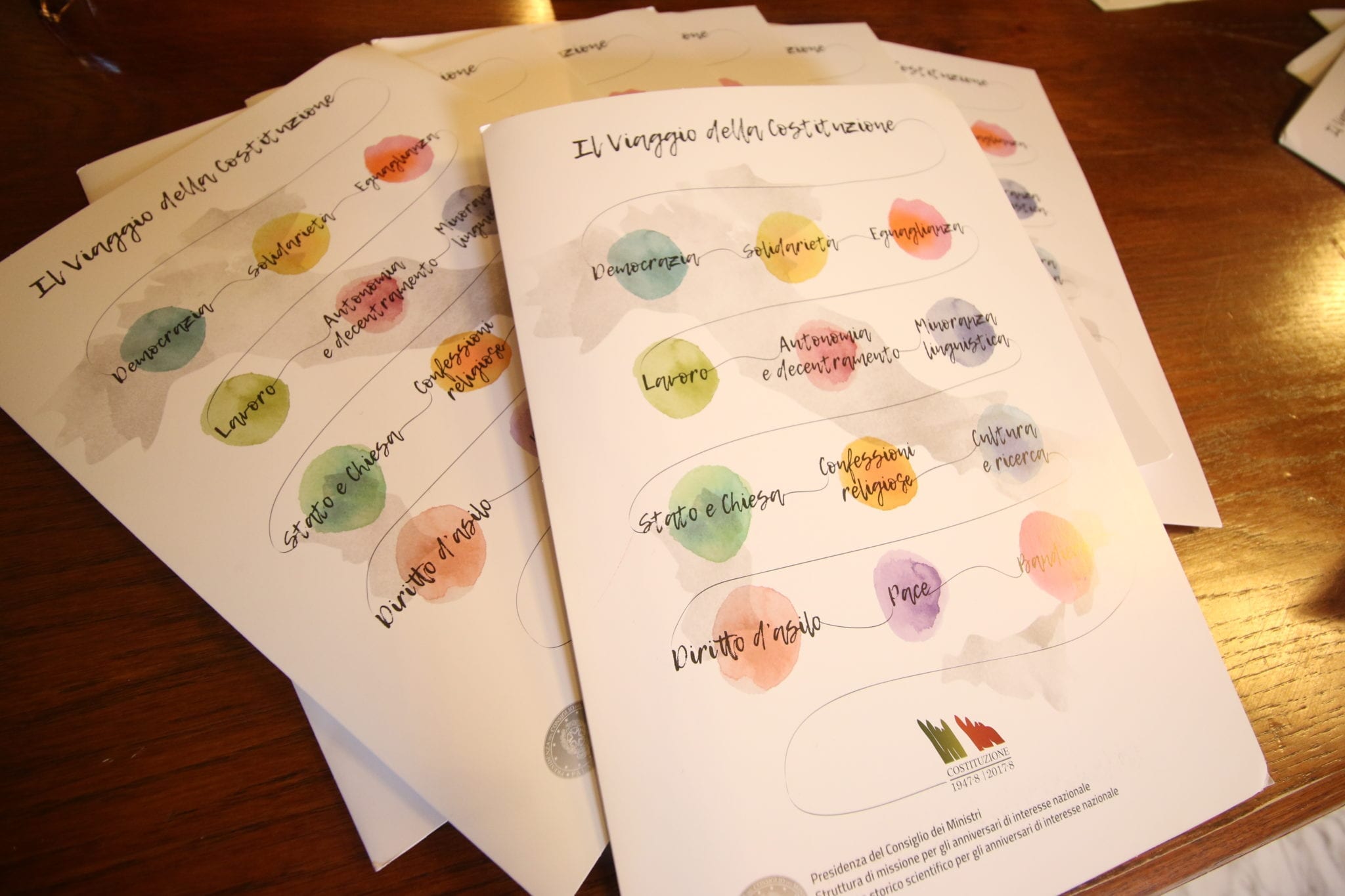 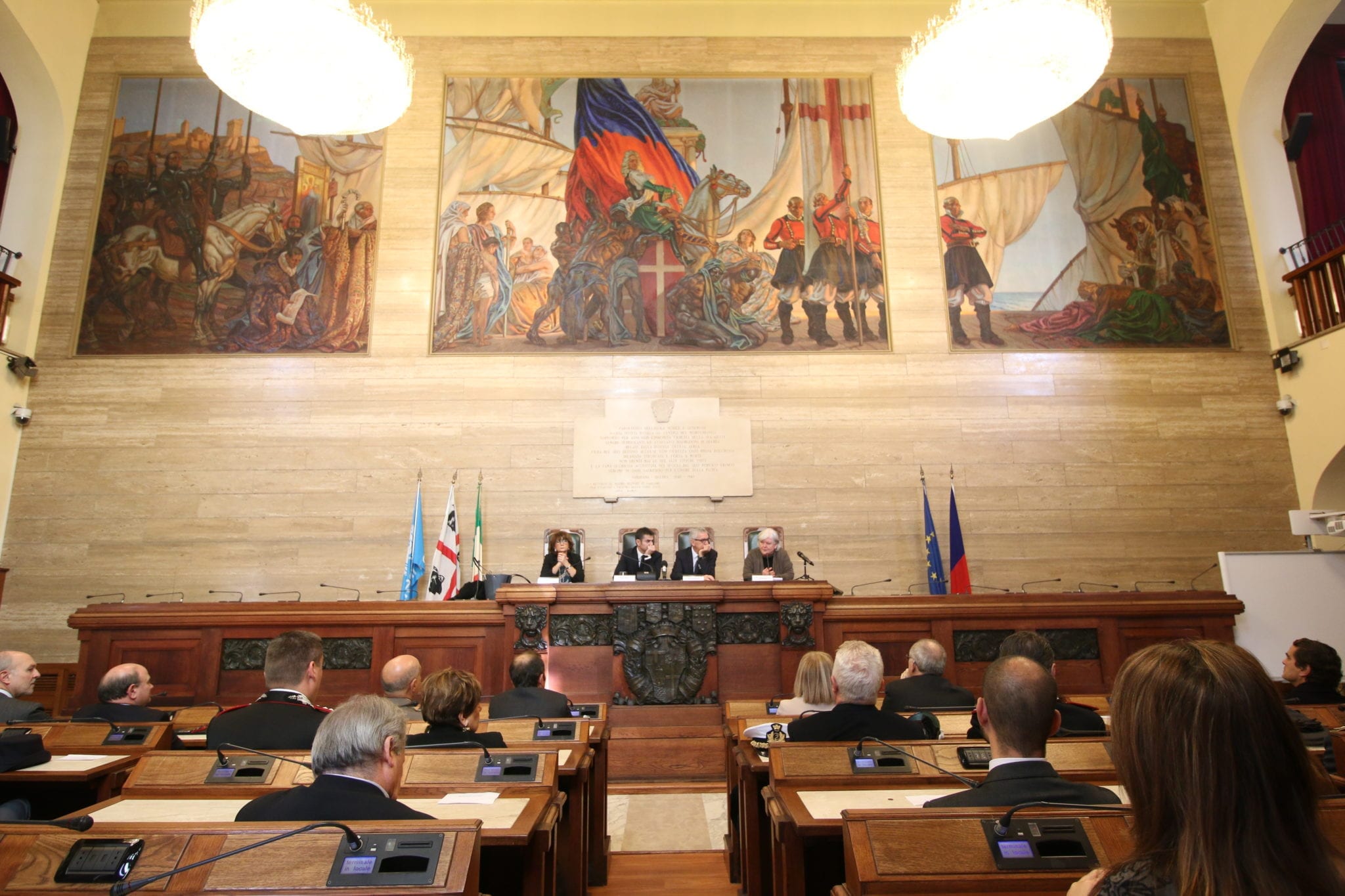 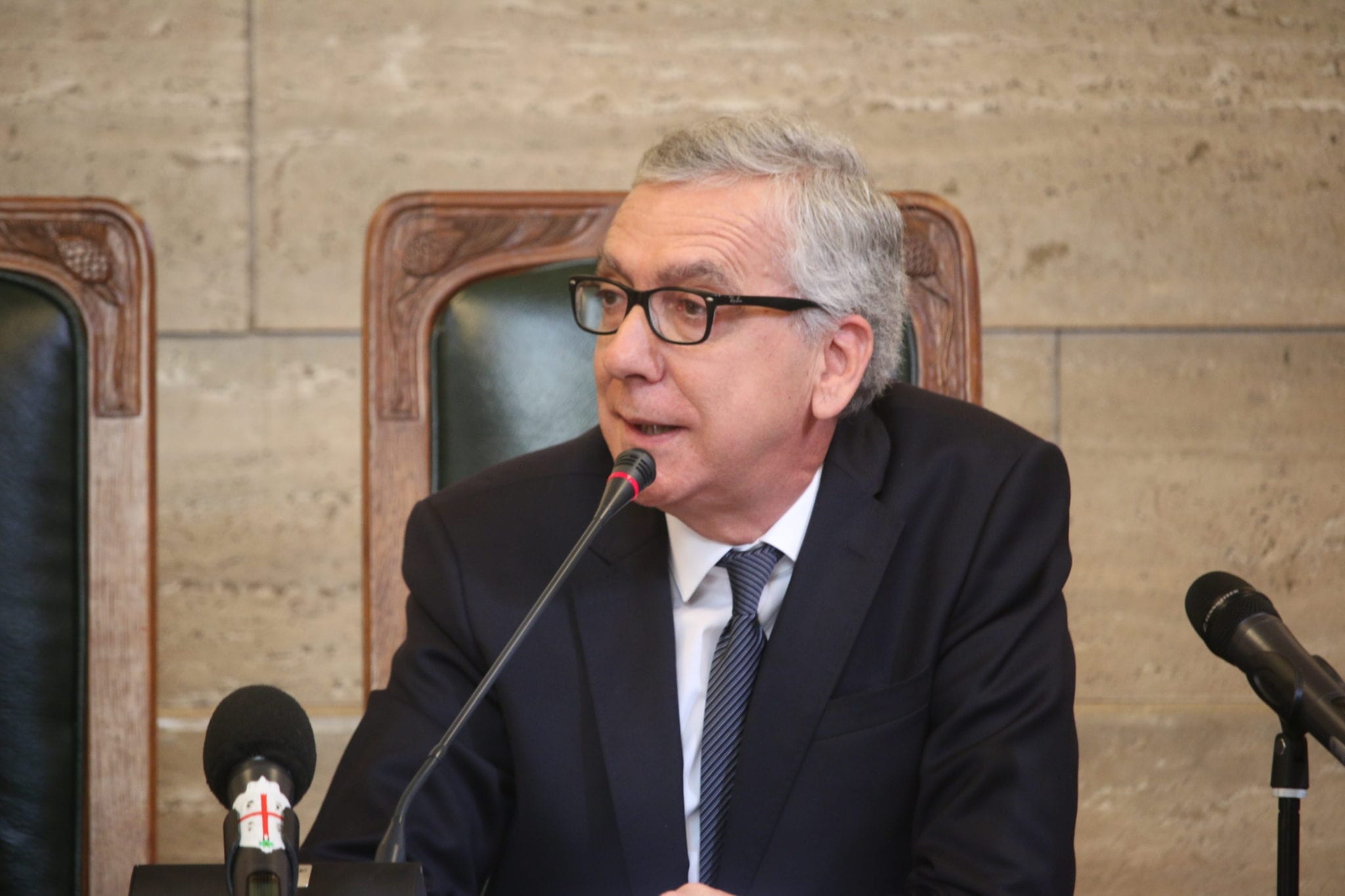 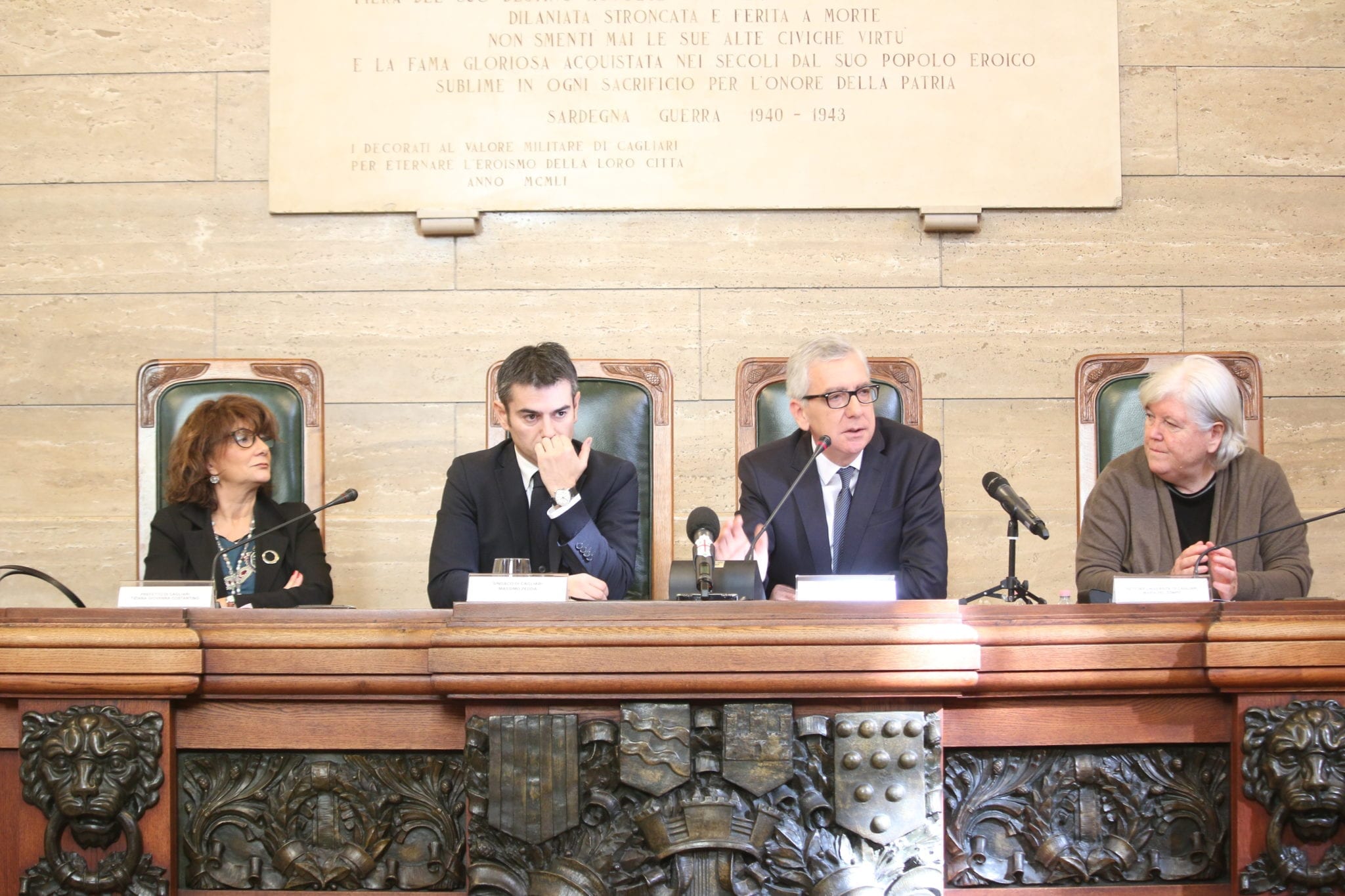 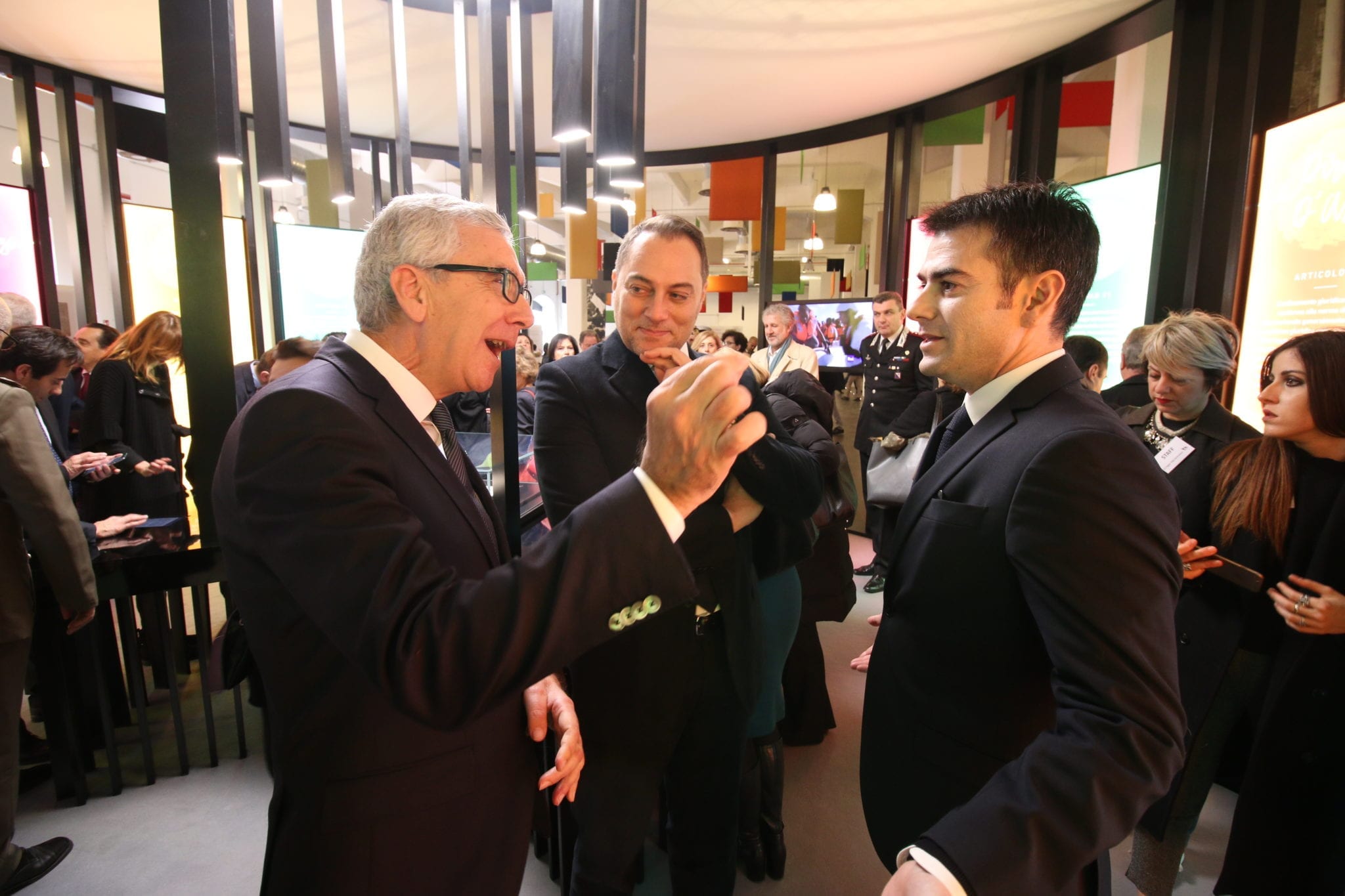 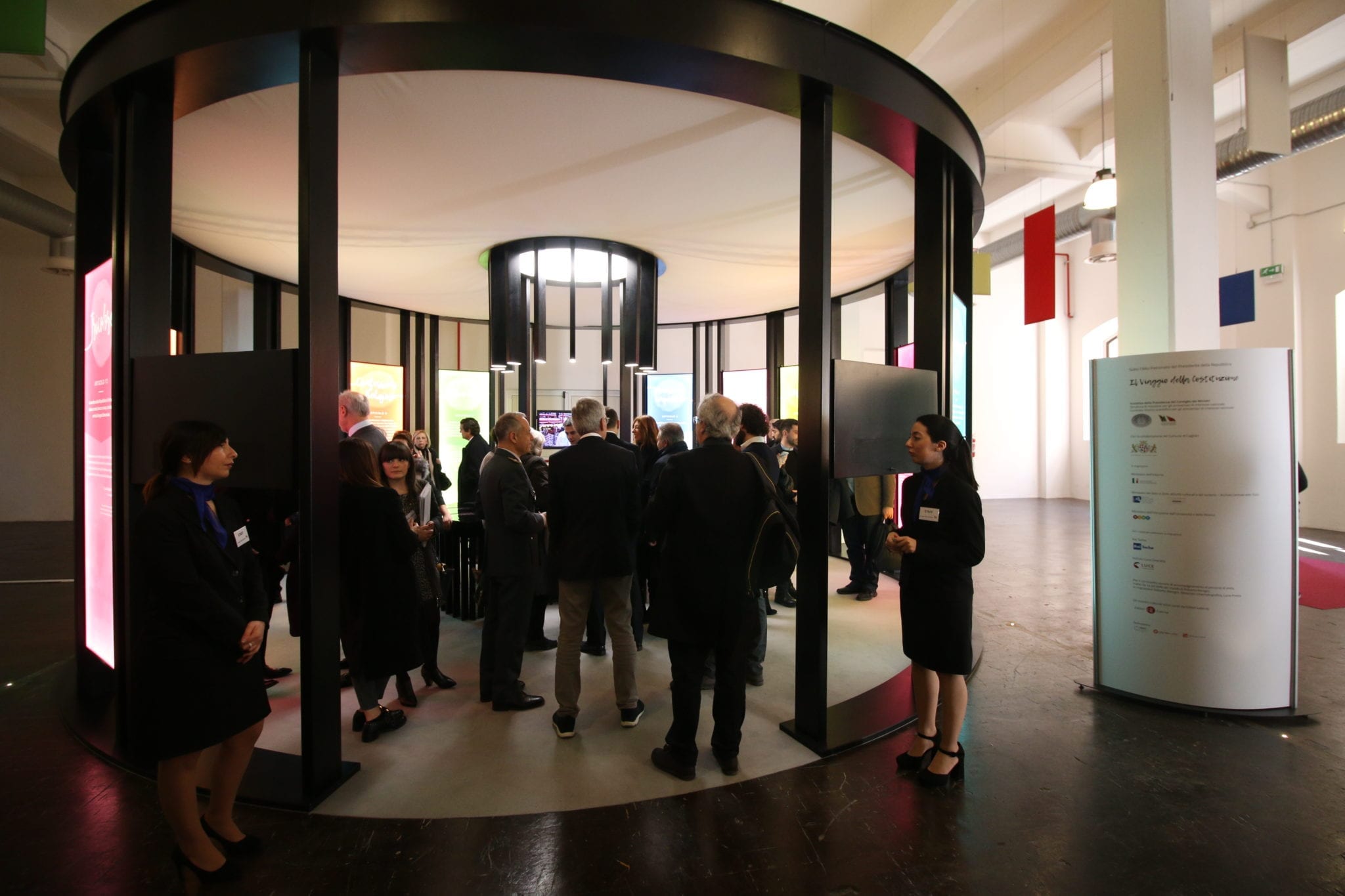