On September 11, 2017, “The Journey of the Constitution,” a project sponsored by the Prime Minister ‘s Office and coordinated by the Mission Structure for Anniversaries of National Interest, began from Milan.

Lombardy’s capital city was the first of 12 stops that will see the charter tour in several Italian cities. Each of the cities is associated with one of the first twelve articles and a theme, around which opportunities for meeting and dialogue will be promoted.

“I am proud that the Journey of the Constitution begins in Milan,” said Milan Mayor Giuseppe Sala, “Democracy, referred to in Art. 1, the protagonist of the Palazzo Reale exhibition, is a value that Milan feels is its own and will always defend with determination.”

The four personalities then visited the exhibition at the Sala delle Cariatidi in the Royal Palace, signing a “virtual” Constitution themselves.

For the press release of the Milan leg click here. 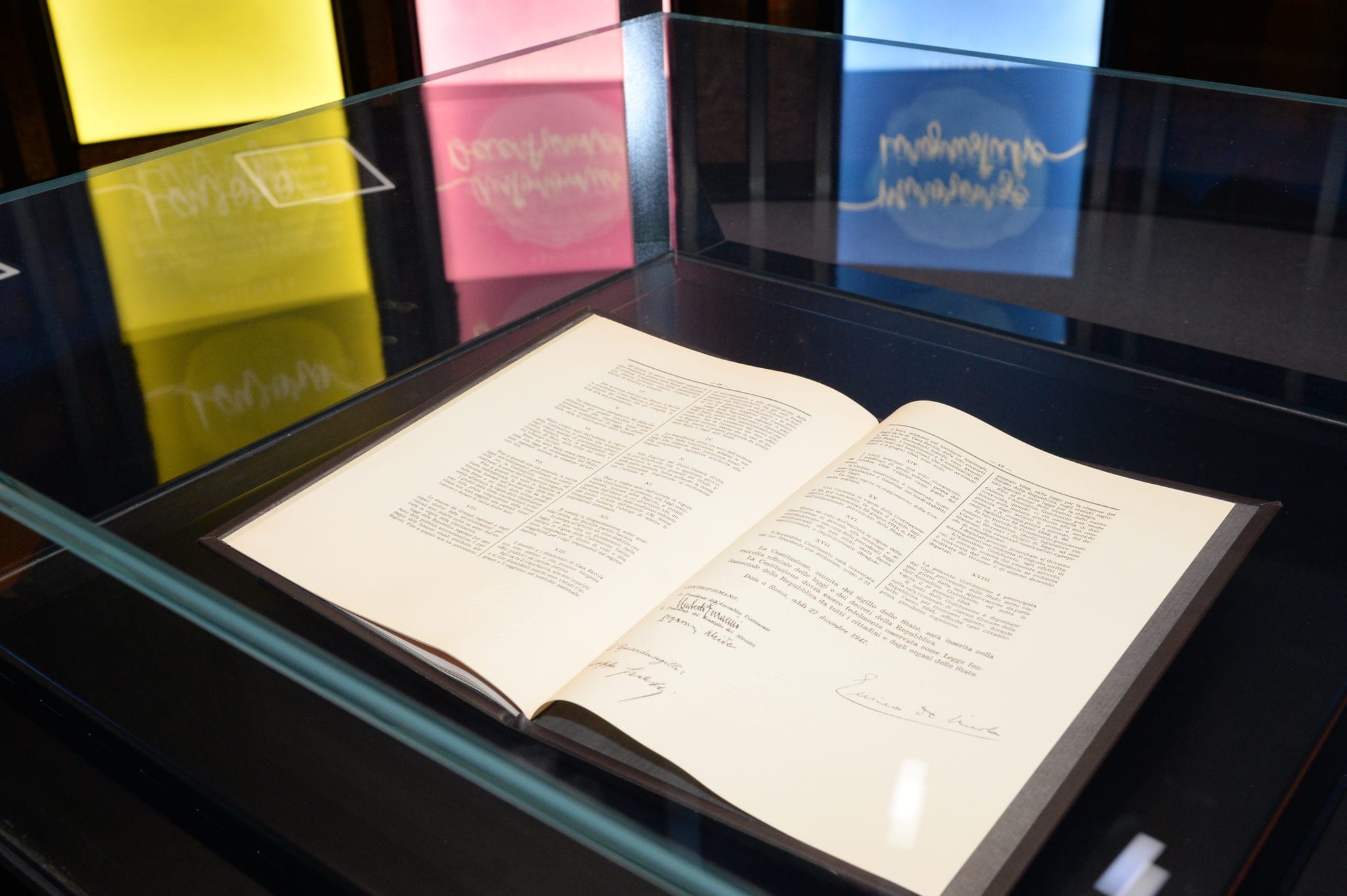 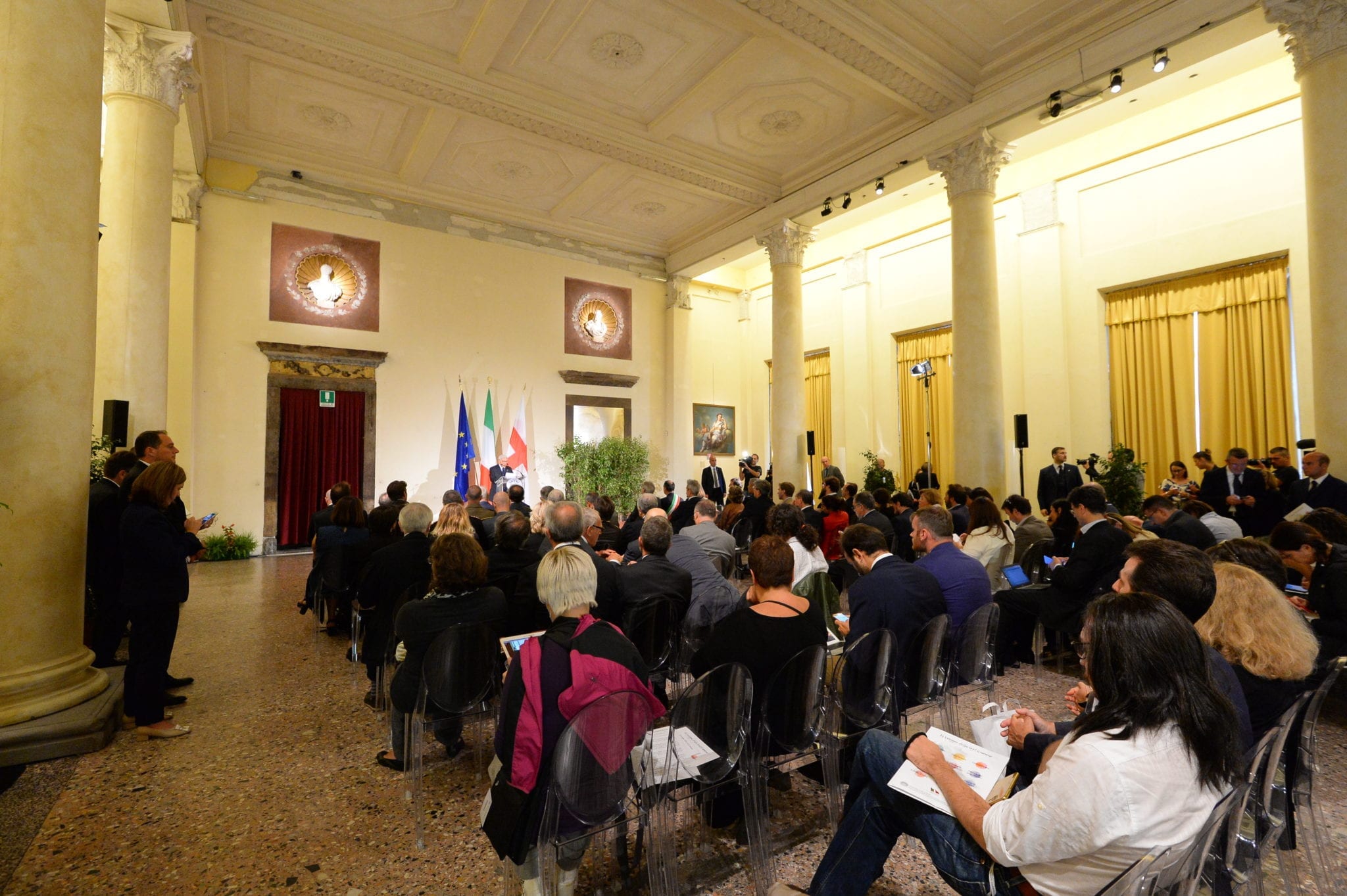 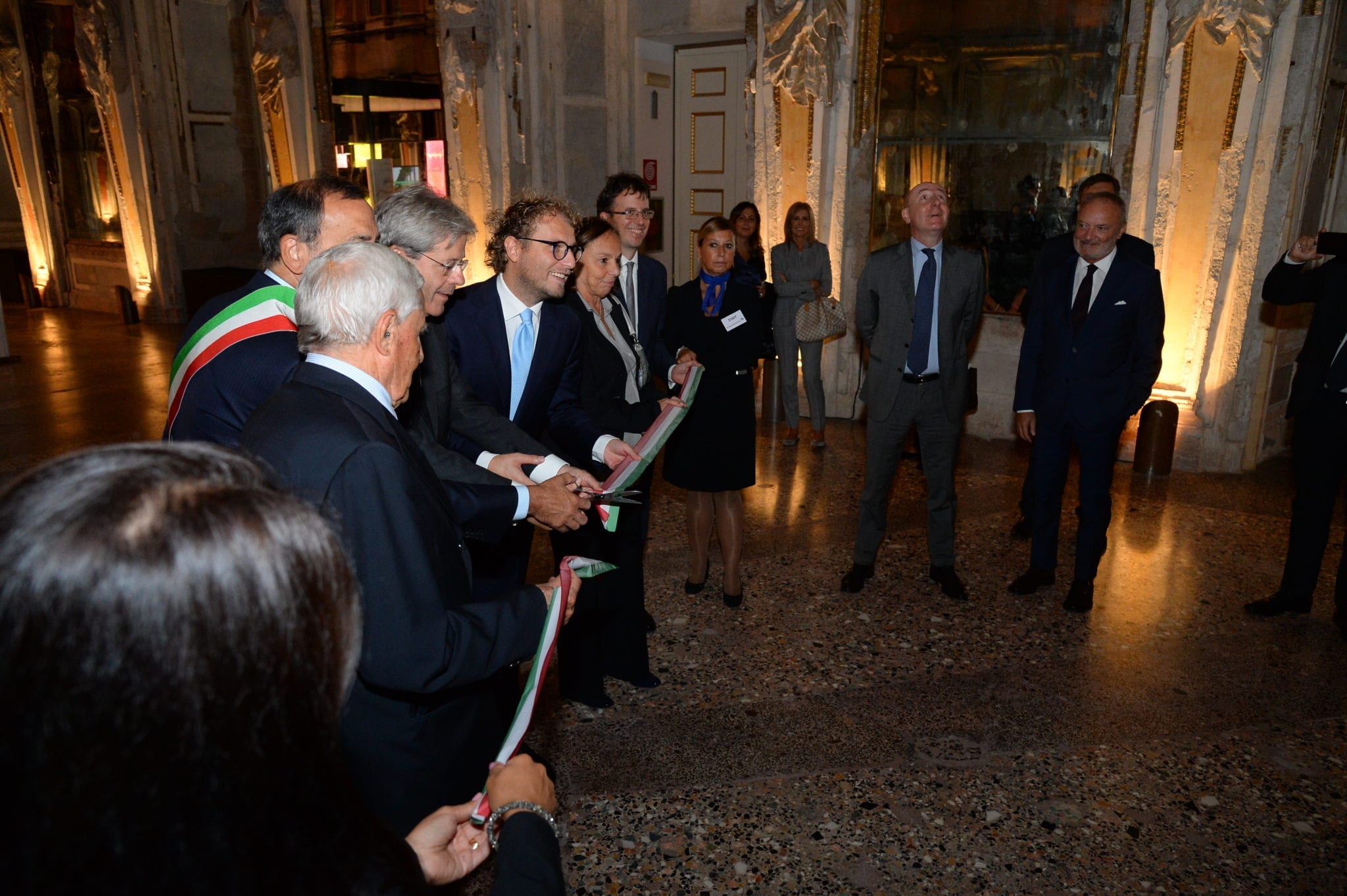 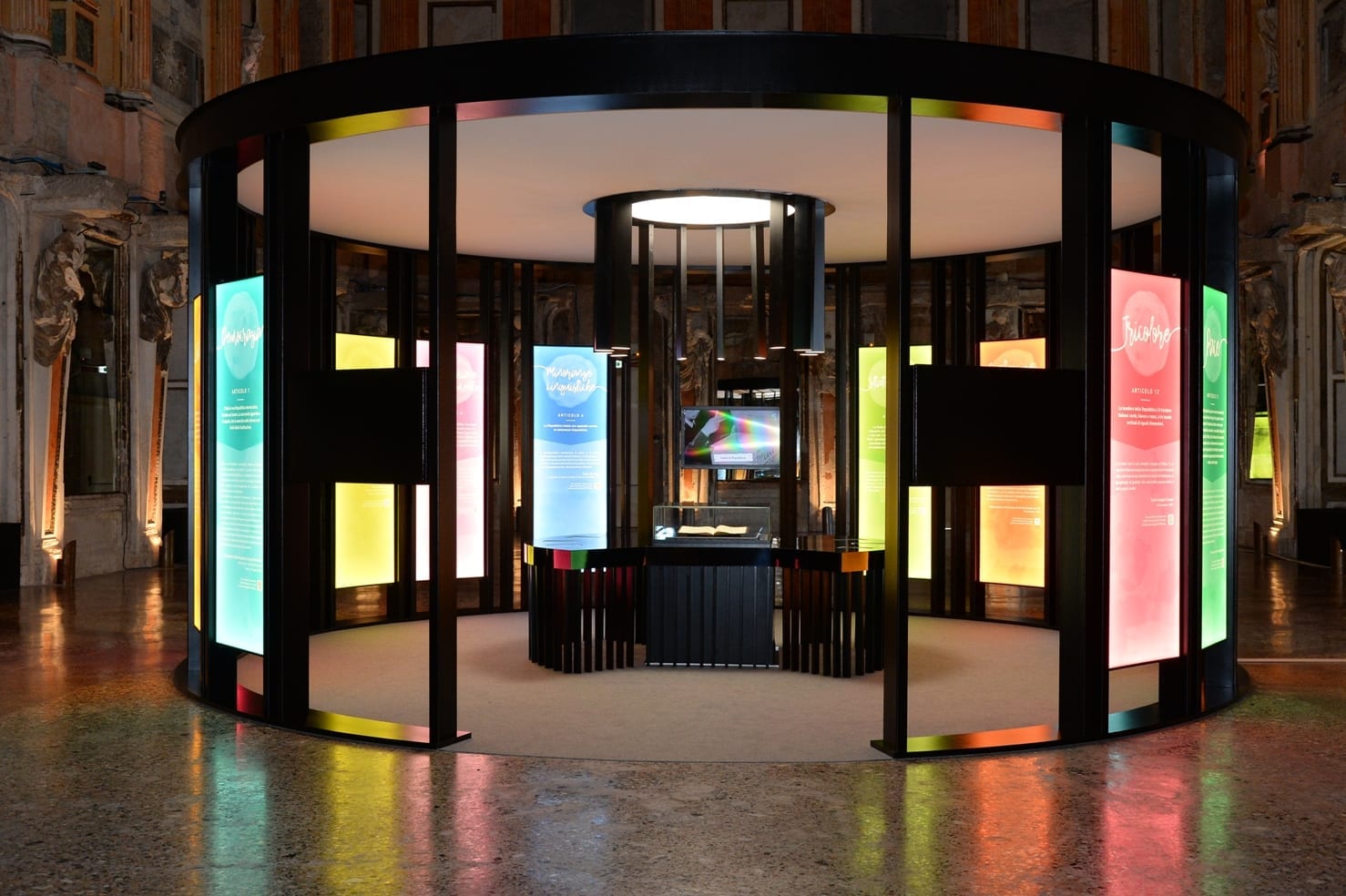 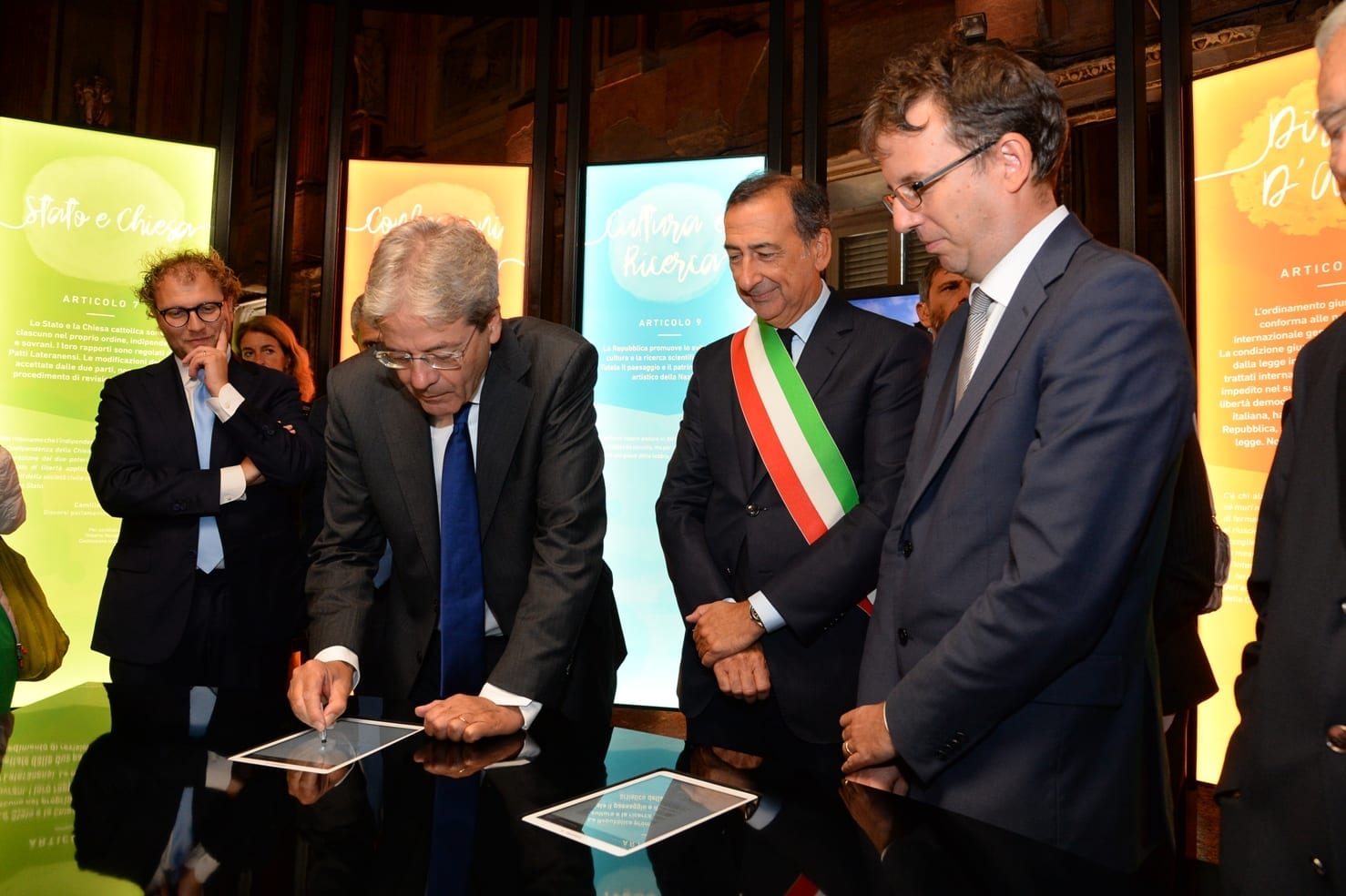 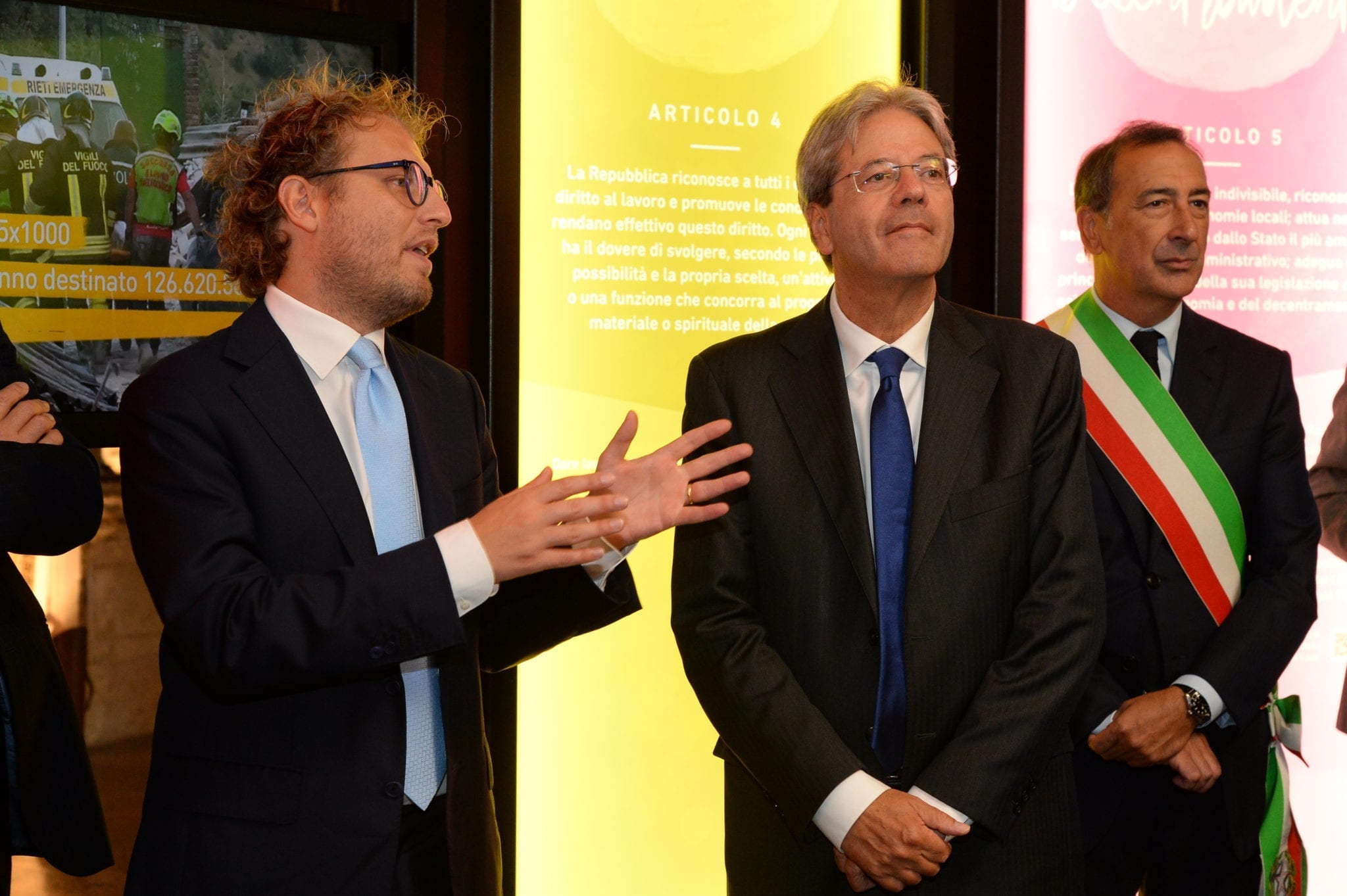