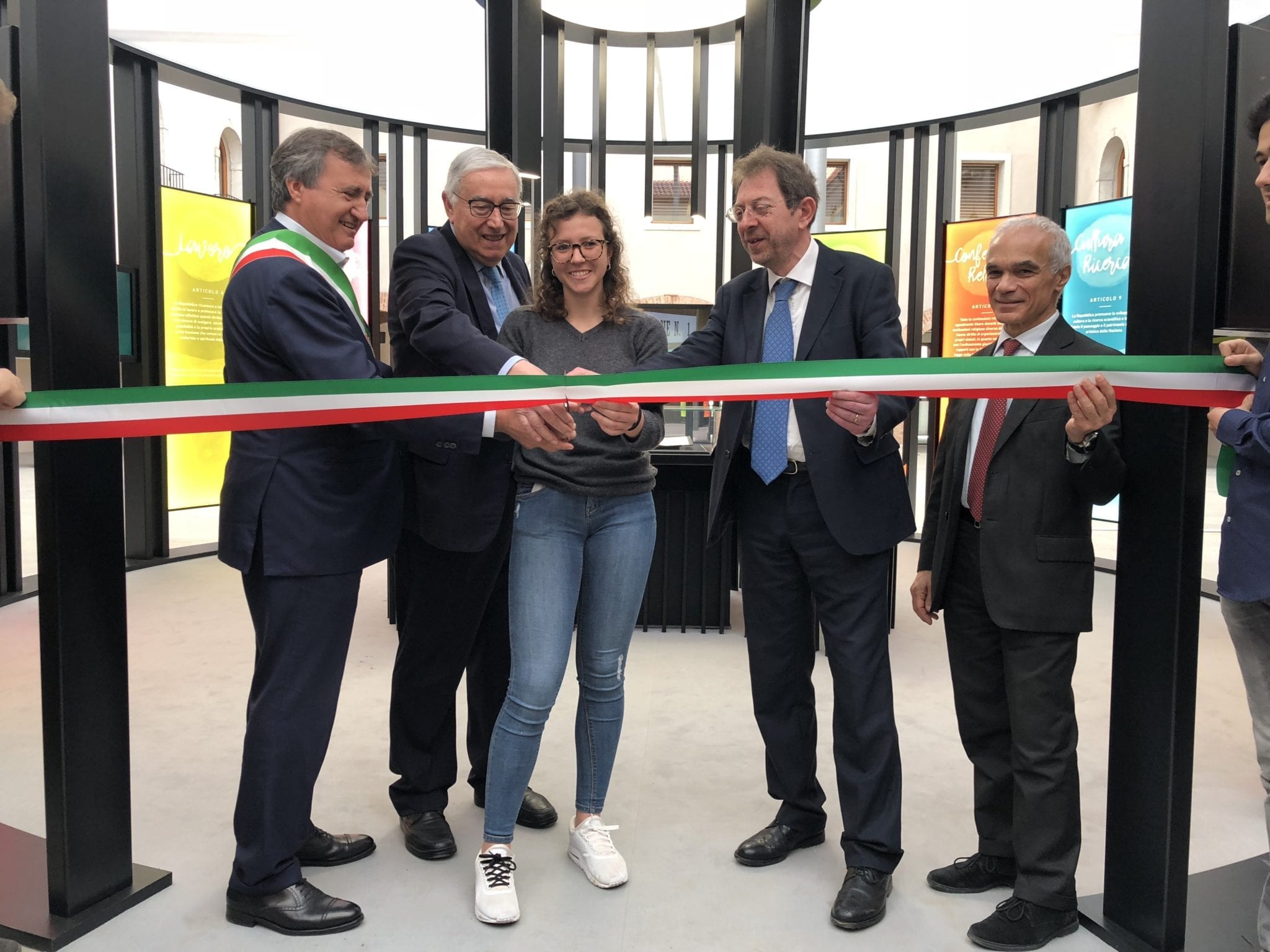 The traveling exhibition of the Journey of the Constitution, sponsored by the Prime Minister ‘s Office on the occasion of the 70th anniversary of the Constitutional Charter, stopped in the Venetian capital from April 16 until May 2, 2018. The focus is on Article 8 and the issue of Religious Confessions.

The exhibition was hosted at the M9 cultural and technological innovation hub in Mestre, from April 16 to May 2.

The inaugural ceremony was held in the presence of Mayor Luigi Brugnaro and Director Mission Structure of the Presidency of the Council of Ministers for anniversaries of national interest Andrea Mancinelli.

At the end of the exhibition tour, visitors were able to renew their adherence to the Constitutional Charter with a symbolic act: the affixing of a “virtual” signature next to that of the Constituent Fathers. In Venice, the exhibition was on view, until May 2, from 10 a.m. to 7 p.m. daily.

The theme “Religious Confessions,” associated with this eighth stage, was explored in depth on May 2, at 12 noon, at the Appollinee Rooms of the La Fenice Theater, as part of the “Dialogues on the Constitution edited by Editori Laterza.

In the year of the celebration of the 70th Anniversary of the Italian Constitution, this project aimed to trace a symbolic path between the birth of the Republic and our days, creating a representative space open to citizenship. At the end of the stage, the Constitution continued its journey to the cities of Florence, Trieste, Assisi and Reggio Emilia.

Spencer & Lewis also handled PR, press office and digital PR activities for the Venice leg of the Journey of the Constitution.