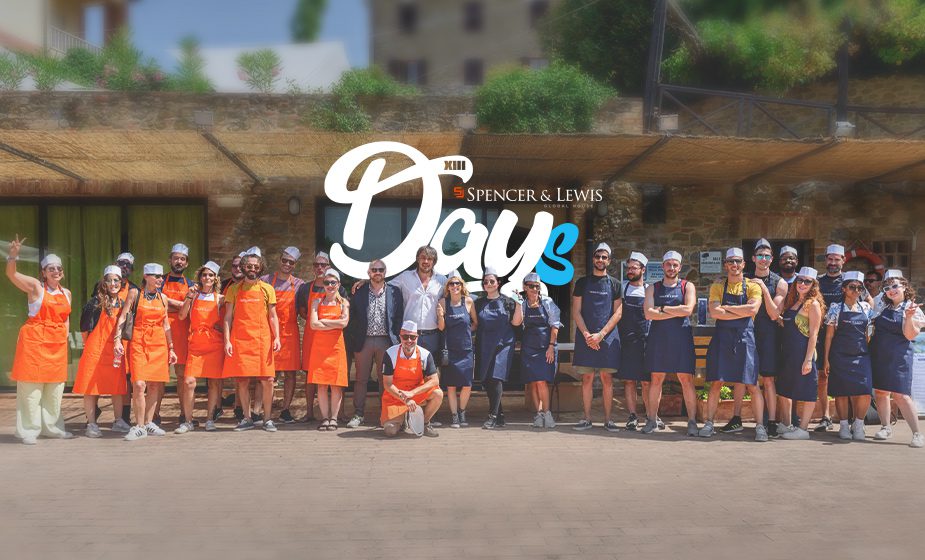 September has also arrived and with it all those deadlines we had procrastinated until now.
What we will take with us from these summer months, besides the well-deserved vacation, is definitely the 13th Birthday celebration of Spencer & Lewis.
And we certainly didn’t spare ourselves this year either!
Spencer Day XIII lasted not just one day, but two!
We decided to take a weekend to relax and celebrate the people who live the agency, cultivate the Human Plus, at a wonderful Umbrian location, Le Tre Vaselle Resort & Spa.
We know how important it is to structure strong relationships among working groups, relationships that are critical to creating positive and synergistic dynamics.

THE XIII SPENCER DAY: THE CHALLENGE AT THE STOVE

Not only relaxation then!
For the 13th edition of Spencer Day, we organized a “Hot” Team Building.
Taking inspiration from one of TV’s most famous programs, we competed against each other in a Masterchef Race.

Dividing the members into two teams, Blue and Orange, to echo Spencer’s colors, the two teams competed in an unprecedented culinary competition.
Each Team presented two dishes that the Judges later tasted and voted on based on difficulty, taste, but also based on the management of the kitchens by the leaders of the two teams.

Just as in the workplace skills such as problem solving, adaptability, ‘open-mindedness and integration are the same skills that one must possess in front of the stove.
The competition between teams, therefore, highlighted one really key thing, which is then also the purpose of team building, in addition to everyone having fun together: collaboration mixed with a hint of competition and confrontation serves to bring people together and to increase their motivation, to provide that extra Plus to agency Humans.

What emerged in this weekend, was the possibility of taking the working relationship between colleagues, between employees and managers to a deeper level, of knowledge, of confrontation, thanks also to the informal context, but above all the possibility of making oneself known as you really are, far from the superstructures that are often created in the workplace.

Opening the doors of one’s self means being part of a project that goes far beyond the individual. 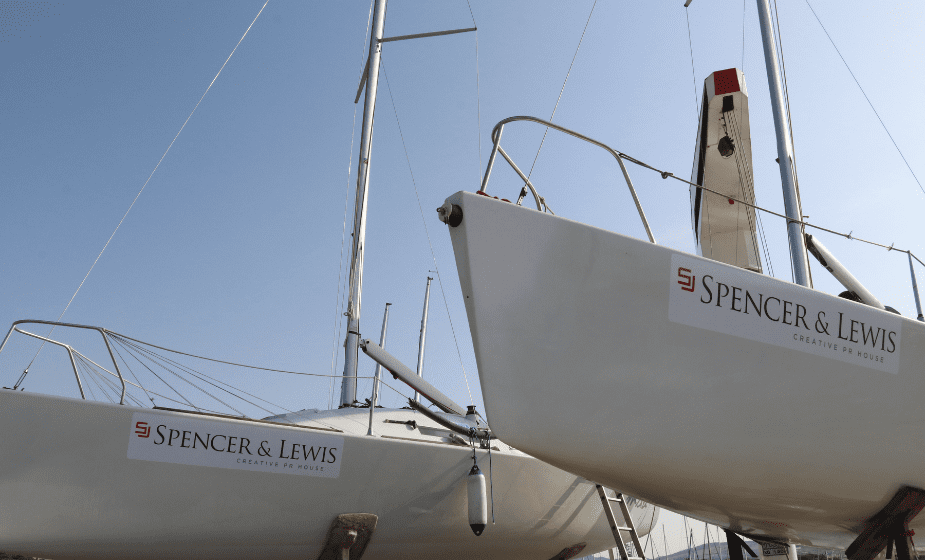 Here at Spencer & Lewis, we believe in the Human Plus and build the value added that the people who work for us and with us, can give every day.

Only by providing opportunities to grow within the company both humanly and culturally will we succeed in making work environments emotionally safe and relaxed places.

People are the central point of Spencer & Lewis, every day we strive to create a work environment based on happiness, esteem and trust, and it is important for this reason to take care of the level of energy and well-being also, and above all, through initiatives and projects that help and enable our Humans to develop that Plus that makes the difference within a work environment.

Therefore, every day we try to form a cohesive and collaborative group to ensure that the work environment is always relaxed, to cultivate motivation and empowerment, and to make everyone aware of how to manage conflicts and emotions within the company.

The 12th Spencer Day: a regatta!

To cultivate organizational development and inter-group cohesion, on the occasion of the 12th Spencer Day – 2021, we chose to “challenge” each other in an epic Team Building sailing regatta, a Match Race Regatta organized by Monina Corporate Sailing.

Why the Sailboat? Because communication and collaboration are the two basic pillars of sailing, as well as in business. Above all, it is a team effort where personal initiatives are banned; if you do not cooperate, the sails will not inflate and the boat will not move. Cohesion is essential, we need to help each other, trust others, be able to deal with critical issues and make decisions very quickly, everyone’s commitment to the common good.

The sailing event allowed us to get closer first as people and then as colleagues therefore to get to know each other, to collaborate and to spend why not, also a different, fun and intense day. This was the first but not the last event together that definitely opened the door for new and exciting team building and collaboration challenges.