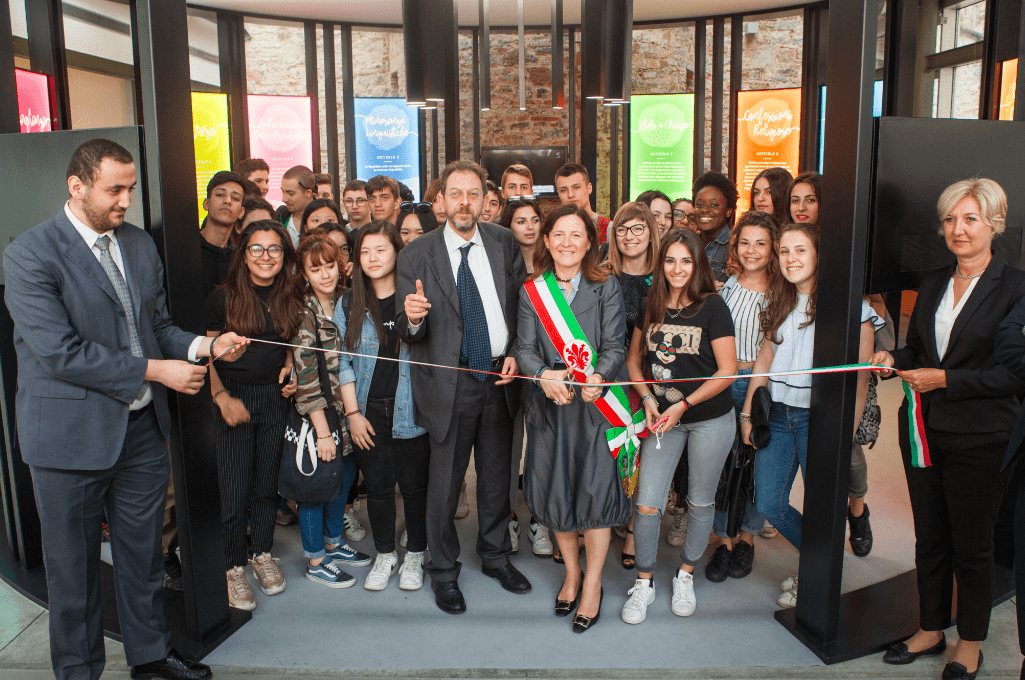 From May 11-23, 2018, there was the ninth stop of the Journey of the Constitution: Florence. The city was associated with the themes of the ninth article, culture and research. The traveling exhibition celebrating the 70th birthday of the Constitutional Charter was hosted at Sala Wanda Pasquini (formerly Sala delle Vetrate) of MIP – Murate Idea Park. The project is sponsored by the Prime Minister’s Office and coordinated by the Mission Structure for Anniversaries of National Interest.

The inaugural ceremony was held May 11 in the presence of Deputy Mayor and Councillor for Education, University and Research of the City of Florence Cristiana Giachi, and Director of the Mission Structure of the Presidency of the Council of Ministers for anniversaries of national interest Andrea Mancinelli.

The Florence stage, the ninth, focused on Article 9 of the Constitution-“The Republic promotes the development of culture and scientific and technical research. It protects the landscape and the historical and artistic heritage of the Nation”-and introduced an opportunity for dialogue on the theme “Culture and Research.”

The traveling exhibition on the Constitution, with free admission, was enriched with graphic and multimedia insights: historical footage, famous phrases of key figures, and audio commentaries on the 12 fundamental articles entrusted to the words of Roberto Benigni. At the end of the tour, visitors were able to renew their adherence to the Constitutional Charter with a symbolic act: the affixing of a “virtual” signature next to that of the Constituent Fathers.

The theme “Culture and Research,” associated with this ninth stage, was explored in depth on May 21, at 4:30 p.m., at the Sala d’Arme in Palazzo Vecchio, as part of the “Dialogues on the Constitution” meeting curated by Editori Laterza.

In the year of the celebration of the 70th Anniversary of the Italian Constitution, this project aimed to trace a symbolic path between the birth of the Republic and our days, thus creating a representative space open to citizenship. At the end of the stage, the Constitution continued its journey to the cities of Trieste, Assisi and Reggio Emilia.