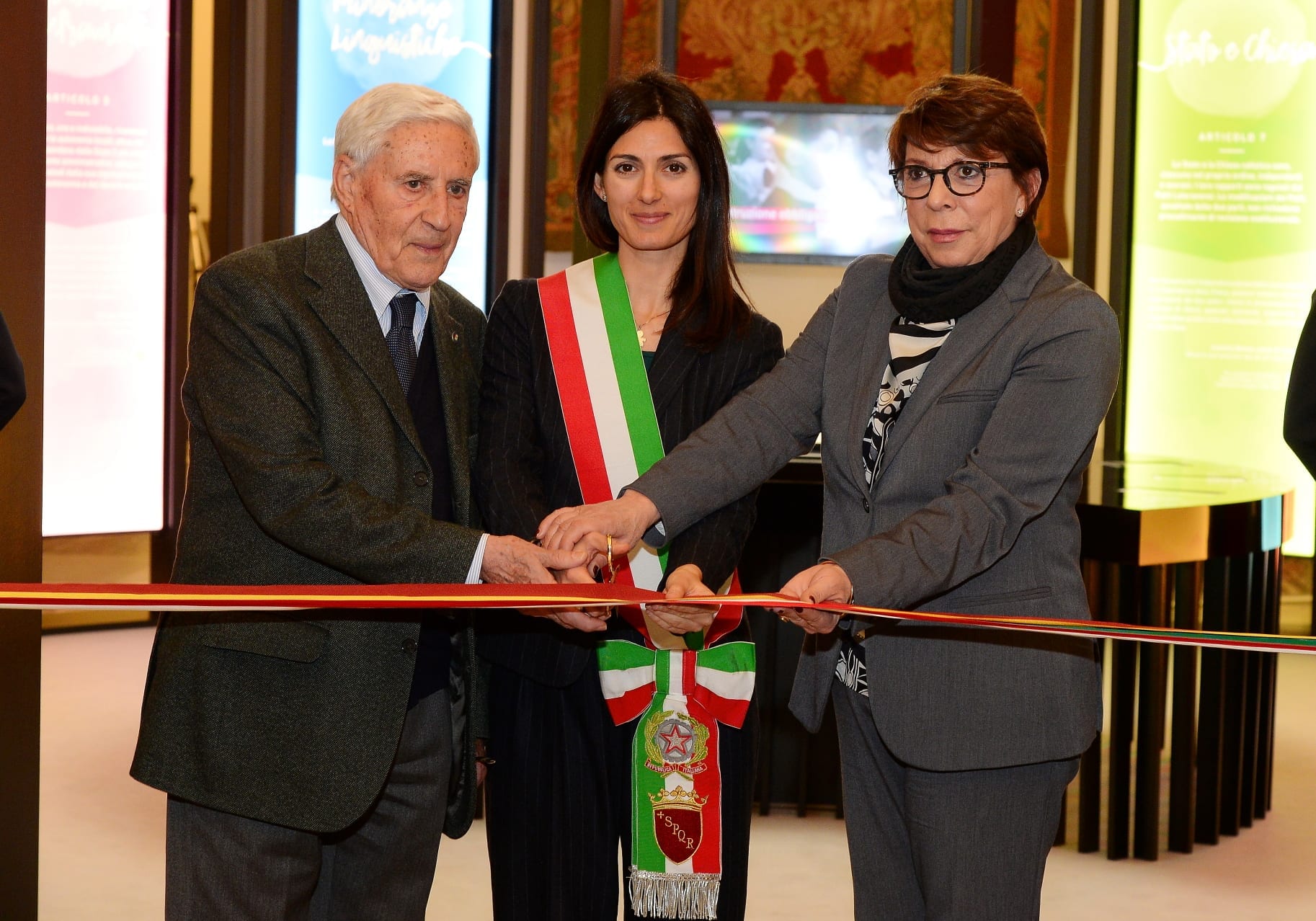 The traveling exhibition, sponsored by the Prime Minister ‘s Office to mark the 70th anniversary of the Constitutional Charter, stopped in Rome from March 26 to April 6, 2018.

The traveling exhibition celebrating the 70th birthday of the Constitutional Charter was hosted inside the Protomoteca Hall of the Capitol. The project was sponsored by the Prime Minister’s Office and coordinated by the Mission Structure for Anniversaries of National Interest.

The inaugural ceremony of the exhibition in the capital was held at the Sala della Piccola Protomoteca on March 26, 2018, in the presence of the Mayor of Rome Virginia Raggi, Senator Franco Marini, Chairman of the Historical and Scientific Committee for Anniversaries of National Interest, and the Prefect of Rome Paola Basilone.

The Rome stage, seventh of the total twelve, was dedicated toArticle 7 of the Constitution, which regulates the state-church relationship, stipulating that both, in their own order, are independent and sovereign.

Each of the cities was associated with one of the first twelve articles, bearing the basic principles, and the pivotal theme inspired by it. The purpose was to promote opportunities for discussion useful in guiding students and citizens in understanding the historical and cultural value of the Constitutional Charter.

The theme of the state-church relationship associated with this stage was explored in the morning at the Hall of Horatii and Curiazi, as part of the“Dialogues on the Constitution” meeting: a series of lectures, edited by Editori Laterza, structured in the form of a debate between a jurist and a researcher of another subject, and coordinated by a journalist. After an introduction by Mayor Virginia Raggi, speakers were Francesco Margiotta Broglio, Professor Emeritus of History and Systems of Church-State Relations at the University of Florence, Alberto Melloni, Professor of History of Christianity at the University of Modena – Reggio Emilia, coordinated by Andrea Montanari, director of TG1. Giuseppe Laterza, publisher, explained the whole initiative.
At the end of the Rome stop, the Constitution continued its journey to the cities of Venice, Florence, Trieste, Assisi and Reggio Emilia.

For The Journey of the Constitution Spencer & Lewis handles press office activities and digital communications.